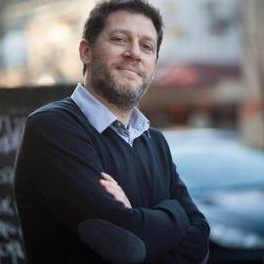 Pioneer in the region and active «evangelizer» of the new transmedia narrative models. Damian Kirzner was finalist for the EMMY DIGITAL AWARDS in 2013. He was elected «Young Creative Media Entrepeneur» by the British Council in 2011 and created in 2014 «Mediamorfosis Transmedia», the first Forum dedicated to thinking about the future of the media and  promoting the transmedia industry. In 2015, he became an Audiovisual and Transmedia Manager of the Argentine newspaper La Nación from where he leds the conversion of a centennial newspaper into a multiplatform of contents.